Fitch Ratings has upgraded Cyprus’ long-term debt in foreign currency by one notch to ‘BB’, one upgrade short of an investment-grade rating, it announced on Saturday.

Cyprus is experiencing a strong improvement in the performance of and outlook for its public finances. The budget is on track to record a surplus of 1% of GDP in 2017, after 0.4% in 2016, compared with the 'BB' median of a 3.2% deficit. Gross general government debt (GGGD) is forecast to fall just below 100% of GDP in 2017 from 108% at end-2016, owing to strong nominal GDP growth, the budget surplus and a one-off effect from early debt repayment. Medium-term debt dynamics point to a firmly declining trend. Our baseline medium-term assumptions of 2% GDP growth and gradually increasing effective interest rates would lead GGGD to decline to around 80% in 2022, an average 4pp decline annually.

The economic recovery has broadened and GDP growth has consistently outperformed forecasts over recent years. Fitch now forecasts an average 3.5% GDP growth in 2017 and 2018, in light of the broad-based recovery in 1H17 (3.6%) and improving confidence indicators, compared with around 2.5% a year ago when Cyprus was upgraded to 'BB-'. The recovery is also reflected in the labour market, where unemployment rate has declined to 10.6% in 2Q17 from a post-crisis peak of 16% in 2014.

Nevertheless, medium-term growth potential remains highly uncertain after the global financial crises. Although the strong growth momentum creates a favourable backdrop for the necessary deleveraging of the private sector, faster resolution of mortgage arrears could slow the recovery through weaker household consumption in the short run.

The sovereign is gradually rebuilding its track record of market access: it issued a seven-year bond in June 2017 at a 2.8% yield. Current cash reserves exceed the sovereign's total 2018 financing needs. 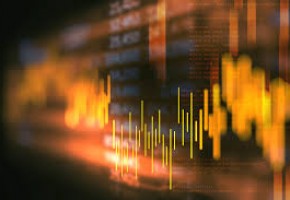 Christos Nikolaou is the founder and Managing Director of Property Canvas, he holds a license as an Estate Agent from the Association of Real Estate Agents of Cyprus and he is a registered Property Valuer in the Technical and Scientific Chamber of Cyprus (ETEK). He is the author of our “Fitch Rating Upgrades Cyprus to 'BB'” and is a certified advance negotiator.

GET IN TOUCH FOR A FREE CONSULTATION